Banyan Treatment Centers stands as a leader in the addiction and mental health treatment industry. Our team is comprised of experts and we believe in employing only the best and brightest in the field.

We value community involvement and strive to promote education, action, and fight to break the stigma that is often associated with addiction and mental health disorders. Our experts have spoken at a wide variety of events, ranging from industry conferences, local and regional events, and have appeared on prominent news outlets. Learn more about our speakers below and complete the form to request a speaker at your next event. From the highest highs, including sponsorship deals, hit movies and a best-selling autobiography, to the lowest lows, including prison, rehab, and homelessness, Brandon Novak has lived a life that defies easy description. Recruited in his early teens as the nation’s next top professional skateboarder, Brandon traveled the world with Tony Hawk and was the first pro-skater to ever be sponsored by Gatorade. He then went on to gain international fame as a cast member of the hit MTV “Jackass” movie series and infamous show “Viva La Bam.” He traveled the world, appearing in mainstream media, famous for his outrageous antics and on-screen personality. Brandon signed a multi-book publishing deal based on his best-selling debut autobiography “Dreamseller.” All the while, however, he was battling a crippling addiction to heroin.

Today, Brandon celebrates five and half years sober as a Business Development Representative for Banyan Treatment Centers, and a Certified Intervention Professional (CIP). Recently, he was the keynote speaker for the DEA’s Heroin and Opioid Youth Summits. Brandon released the first ever addiction graphic novel in 2019. His third book, "The Streets of Baltimore,” was released in 2020. Brandon travels the country sharing his message of inspiration and recovery. Eric Oakes has been working with populations in need for more than 25 years. He got his start working with children and adolescents in schools and therapeutic communities in New England, and has been drawn toward those battling addiction ever since. Along the way, Eric has worked throughout the Eastern United States. He has treated persons with severe and persistent mental illness, advocating from the community and in their homes. He has worked with persons with developmental disabilities and women with young children. Eric has worked in the field of addiction treatment throughout South Florida for more than 15 years now, successfully managing and directing several prominent treatment programs. In both public and privately funded settings the theme throughout has been a commitment to serving those in need. Eric Oakes is a Licensed Clinical Social Worker with a Master in Social Work, is certified by the State of Florida, and has a Master in Business Administration in Health Care Management. 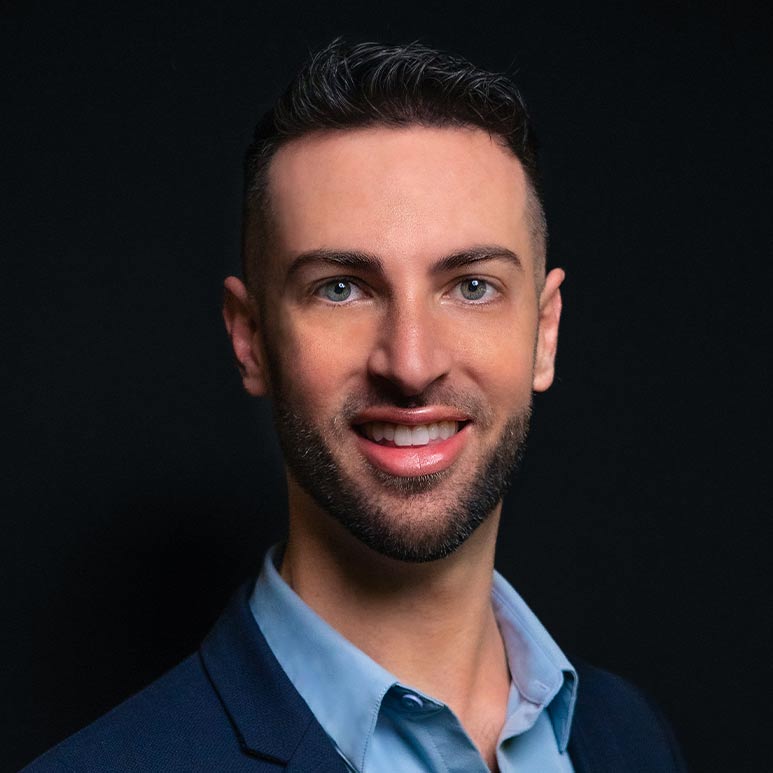 Ryan Steinberg, a South Florida native, was inspired to enter the substance abuse treatment field through his personal experience with addiction. Ryan has been sober for more than ten years, and holds his Master of Science degree in Mental Health Counseling. He is a Licensed Mental Health Counselor and has served as a Primary Therapist, Clinical Supervisor, and Clinical Director at Banyan Treatment Center in Pompano Beach, FL. Additionally, Ryan has served as the Clinical Director at Behavioral Health of the Palm Beaches, also a Banyan facility. He has worked extensively with adult and adolescent client populations at the Detox, Residential, PHP, and IOP levels of care, where he has treated patients diagnosed with Substance Use Disorders and Co-Occurring Mental Health Disorders. Ryan adopts a patient-centered approach and implements evidence-based practices when treating patients. In 2018, Ryan pursued his Healthcare MBA at Florida International University, where he became certified as a Lean Six Sigma Green Belt. He lends both his clinical training and his business mastery to effectively lead a growing behavioral healthcare agency. He is an advocate for the LGBTQ community and he has received advanced clinical training in sexuality/gender related issues. A New Jersey native, Darren Michael Prince is a sports and celebrity agent. With more than ten years sober, Darren is also a public recovery speaker. He has been featured in outlets including The New York Times, The Wall Street Journal, The New York Post, USA Today, and has appeared on ESPN, CNBC, The Dr. OZ Show, and Anderson Cooper 360, among many others. Additionally, Darren was invited to the 2018 Opiate Epidemic Summit at the White House by the Trump administration. He has authored the riveting memoir Aiming High, depicting his battle with addiction as he represented some of the most iconic figures in the world. Darren shares his inspirational story of addiction and recovery, speaking at schools across the country to inform students on how to avoid the pitfalls of addiction and how to build a healthy sense of self-esteem.

Darren founded Prince Marketing Group in 1995 and has gone on to represent many star actors and athletes, including Magic Johnson (who authored the forward to Aiming High), Hulk Hogan, Pamela Anderson, Chevy Chase, Dennis Rodman, Mickey Rourke, and Charlie Sheen. It is currently a multi-million dollar organization, having negotiated over $200M in deals.

Darren joined the Banyan Treatment Center family as a representative in 2018. His mission is simple: to help those who are in need of addiction recovery resources as he shares his message of hope. Luke Wollet was a Kent State all-conference safety who made it to the 2014 NFL draft. Picked up by the New Orleans Saints, Luke made it to training camp with the team, where he had the opportunity of a lifetime to follow his dreams. Luke’s story, however, is all too common in America today. He suffered two major injuries playing ball, leading to surgery and a prescription to opioid pain medication. Luke became dependent on the pills, eventually turning to heroin once the prescriptions were gone. By the time he made it to training camp with the Saints he was a full-blown addict. As a result of his addiction Luke lost the chance at making it to the NFL, something he had worked for his entire life. By 2016 he was homeless. Today, Luke has two years sober and now works in the field of addiction treatment. His goal is to help those who are still suffering to find recovery and begin new lives in recovery. Luke has appeared on news outlets including WKBN-TV, WKYC-TV, WOIO-TV, and WFMJ-TV. He is available for interviews and speaking engagements.

Anthony Acampora is the National Director of Faith-Based Services and Chaplain at Banyan Treatment Centers. He holds a Bachelor’s degree in Ministry, a Master’s degree in Ministry, and a Master’s diploma in Biblical Studies. Anthony is a published author of three Faith-based books, a national speaker, and writer with articles published in numerous international magazines.
Most recently, Anthony was awarded the 2019 Professional of the Year by Broward National Recovery. In 2018, Anthony was selected as a Global Goodwill Ambassador representing the USA. In 2015, the National Alliance of Mental Illness, Broward County, awarded Anthony its Volunteer Recognition Award. In 2014, the National Association of Social Workers, Broward County, awarded Anthony as its Public Citizen of the Year.

He is a segment host on America’s Invisible Heroes Talk Show. Anthony is a former radio host of The Faith in Recovery Show. The radio show previously aired on Faith-Talk Atlanta, AM 970 and in the Orlando area on “The Word “94.9FM and AM 950.

All Faith in Recovery Radio Shows can be heard by going to https://faithinrecovery.com/videos/ . 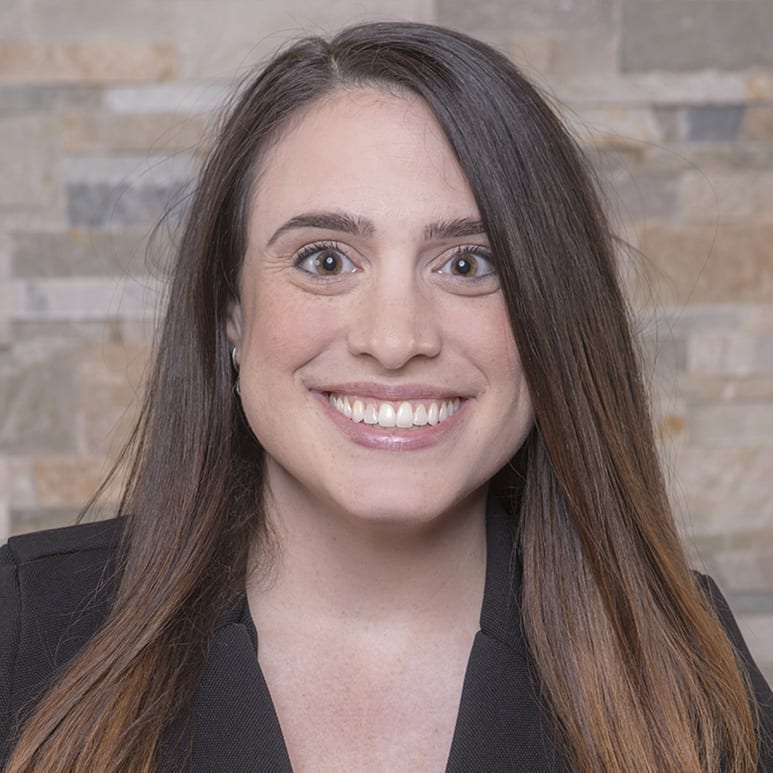 Kahlia Bersson comes to Banyan's Telehealth Program with extensive experience in substance abuse and co-occurring disorders. After receiving her Bachelor’s degree in Psychology from Florida International University and her Master’s degree in Social Work from Barry University, Kahlia honed her expertise working in both the mental health and substance abuse realms. Kahlia promotes a client-centered, holistic approach to treatment that utilizes relevant and effective interventions to meet the client where they are at in the change process and empower clients to meet and surpass their goals.

At Banyan Treatment Centers, our goal is to make sure that anyone who needs treatment from drug and alcohol addiction are able to get the help needed to assist them on the road to recovery. If you don't have insurance contact us to inquire about alternate methods regarding treatment for yourself or a loved one.